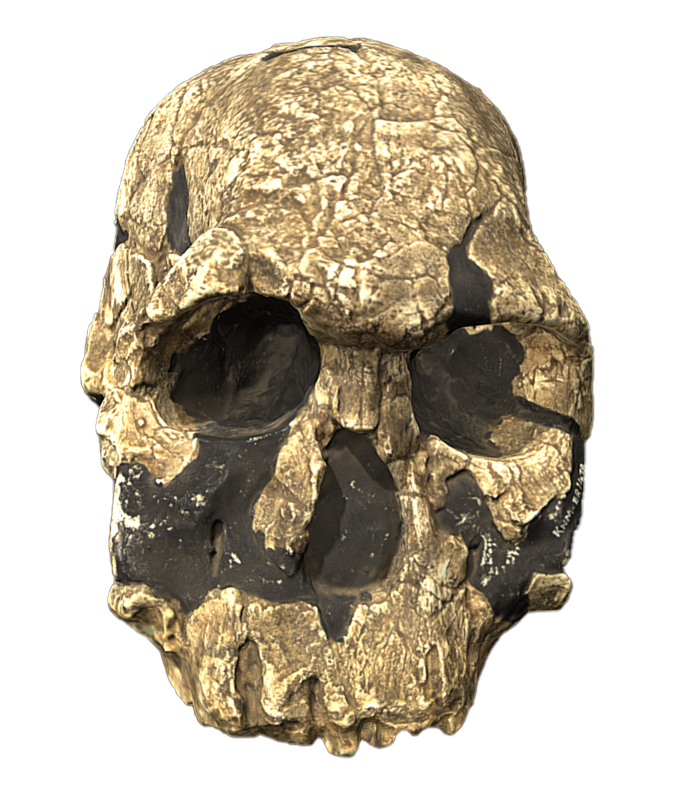 H. rudolfensis was originally attached to the species H. habilis, but further subsequent studies indicated that it belonged to a different species. It is an almost complete skull with a brain size of about 700cc.